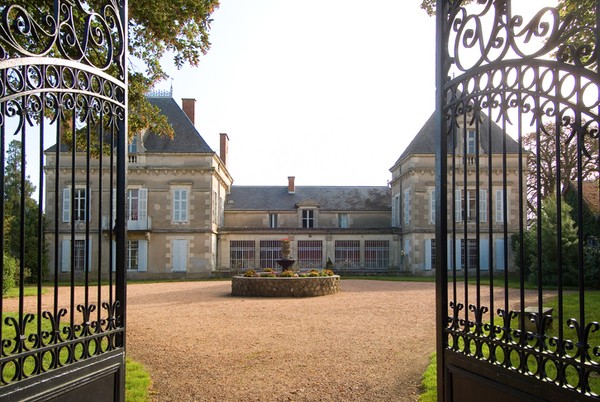 Created in the XVI century, the Seigniory of Gerbe was increased at the XVIIIe century by Claude de Guerin de Chermont, Adviser of the king, President treasurer of France at Moulins.

This Seigniory was at the end of the XVIIIe century the property of the powerful Lord of Racault, Count of Reuilly, Mestre of camp of dragons, Chevalier of the Order of St-Louis, and Lieutenant of the Guards of Monseigneur the Count d'Artois

The 16 meters length Orangery giving on the main courtyard, connects between them the two square towers and the round tower, and opens directly on the large room and the two living-rooms. Lit with 5 immenses windows, it lets filter the rays of the sun, from midday to night on the mandarin trees and other citrus fruits

At the end of an alley of 400 meters bordered of limes and plane trees where it is good to walk, the court of the Castle, decorated with a basin and a fountain, allows to accomodate the guests.