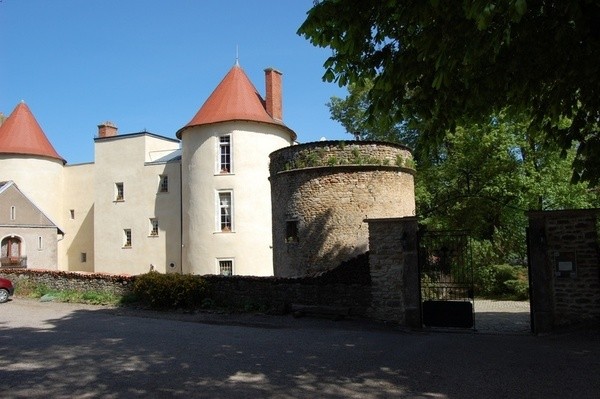 The village of Morey is located in the town of BELLEAU Perched 305 meters above sea level on the side of the valley of the Natagne crossing from east to west side of the Moselle rating in the Massif of the great Romanesque couronné.Eglise XII century dedicated to St. Peter Population: a hundred wolves (the villagers) Morey Castle was built in the XII century on the ruins of a monastery of the Templars. After the disappearance of the lords of the fourteenth century Morey is the lord of dedicated JEHAN TOULON Nomeny which included the fortified house until the seventeenth century. Brassel JOLY MOREY until the beginning of 1900. DUCROCQ succeeded George (writer) In 1985 it was destroyed by fire and abandoned. There were only four walls when we arrived and yet with courage and determination we have 5 guest rooms in a beautiful setting in surrounded by nature. A large garden backed by a wall of more than 5 meters. Chestnut, cedar of Lebanon, lime, copper beeches, oaks, maple and a duck pond.

between Nancy and Metz, exit 24 Custines