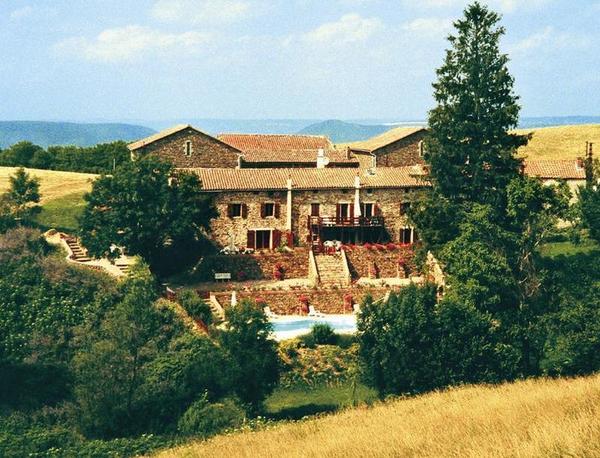 A former sheep farm, dating from the 18th century. 12 double rooms, 6 large holiday apartments with garden terraces, and a beautiful swimming pool with a view of the picturesque village of Montagnol. Le mas de Salel is located in the 'Grands Causses Natural Park in South of France, 93 km to the Nothwest of Montpellier. From the 18th century to 1960 it has been producing ewes milk for the famous Roquefort caves. Located at 700 metres, it offers a great view of the Larzac plateau. During the 12th century le mas de Salel was already mentioned as a farm depending on the well-known Sylvanès abbey.